Inexplicably, our housing shortage is normally discussed only as a problem of logistics and delivery. When did we relinquish the ambition to build new communities and resort, instead, to speaking only of housing numbers?

The largely unpopular (but not always unsuccessful) post-war attempts at co-ordinated and planned housing estates seem to have convinced us that such desires are futile, playing into the hands of housebuilders, who are given license to deliver their market-friendly but socially and environmentally disastrous product: acres of cul-de-sac estates devoid of any notion of the collective potential to organise housing in a meaningful manner.
David Chipperfield, The Guardian, March 2014

Curated by art critic and journalist Christian Mosar, Eigenheim presents six artists whose works deal with architecture's impact on contemporary western society. Located in the geo-political center of Europe, the context of the small but international capital of Luxembourg, tightly knit to global finance, serves as a backdrop to question post-war aspirations, their influence on residential architecture and their inherent fragilities.

With rents at a record level, housing problems in Luxembourg have had a rapid effect on the architectural appearance and the cityscape. After closing time Luxembourg City is de facto a dead city. Empty streets are a normal state since almost 30 years and the showcases of the luxury shops are the single attractions of a bizarre Potemkin village. The aesthetics are dismal, and living is rather sleeping.

"Everything is clear and intelligent. Everything is banal. Everything is closeness and objectified system. The text that the city presents to us is easy to read, as clear as poor, despite the efforts of the architects to make the lines varied. The surprise? The possible? Disappeared from this place, which should be a place of opportunity. »  Henri Lefebvre, in Notes on the New City (April 1960)

When, after months of work, David Scott had finished his "Hermit's castle", built from brute concrete, he spent his first and only night in this small refuge, similar to a bunker, in February, 1952 in the Scottish bay of Achmelvich.  Achmelvich Castle is tiny and at the same time truly great. In an eccentric, stubborn way it connects the legendary hermit's existence with the modern dream of the own home.

Which pictures stand behind this dream, and which realities of modern and post-modern everyday life conflict with them?

Andrea Pichl's work is dedicated to certain situations of urban space in which different architectonic and social systems clash. “I am not so interested in utopia itself, but more so in its shortcomings. More specifically, what are the faulty and dysfunctional elements and the aesthetic mistakes, which often arose out of economic necessity?” Pichl & Holzapfel will show their work on the occasion of the 100th anniversary Bauhaus at the Dieselkraftwerk Cottbus, Germany. She is currently showing her work at the Kunstverein am Rosa-Luxemburg-Platz, Berlin, and will be part of Gesellschaft zur Wertschätzung des Brutalismus / Brutalsm Appriciation Society at the HMKV /Hardware Medienkunstverein Dortmund (opening 07/04) and Zwischen Räumen at the ZKR - Zentrum für Kunst und Öffentlichen Raum, Schloss Biesdorf.

Guillaume Greff presents a new photographic series loosely based on his work on phantom cities (Dead Cities). After an artist’s residency in Finland, and subsequent Icelandic trips, the artist shows picture correspondences between archive images and new recordings. These reflections show a kind of pioneering architecture. Temporary yet functional architecture that breaks the natural panorama.

Olaf Holzapfel, whose work will be featured at this year's Documenta 14, proves the indissoluble connection between human settlement, technique, and abstraction. The artist explores the interstices between craft and art, and consequently, between orality and literacy. Much of his work —framework installations, hay images, and straw images— was made together with farmers and craftspeople; by transforming age-old handiwork into contemporary art, Holzapfel unsettles the division between nature and culture, and tradition and modernity.

Another theme of the exhibition is the fragile, the temporary, but also construction as art. In Serge Ecker's work, 3-D print technology and photography serve as a means to portray the contradiction between the fragility of the model and the solidity of construction in architecture.

Tim Trantenroth’s artistic language is based clear forms and structures that constitute the foundations of the modern urban space, articulated around fragments of the cityscape. With his analytical painting and his installations, both on the edge of abstraction, he challenges the use and appearance of the urban environment and the connotations of the depicted in their historical context.

Chantal Maquet shows paintings which she produced in Cuba. These architectural representations avoid the exotic-picturesque by their serial concept. Her Kubabilder show a façade coloring which conveys a completely unusual architecture.

Atelier von Lieshout's buildings, interiors, sculptures or paintings develop a beauty within which organic forms clash with humor and brutality. The autarchic camps and towns (AVL-VILLE, Slave-City) are humanistic projects, functioning like independent cities or pioneering towns. By changing in scale, they open up the blind spots of our society and reveal AVL’s interest in the potential of utopian architecture that can or cannot not be built, in artworks that can exist, in things that cannot be done.

Eigenheim stands as an exhibition about retreat possibilities … 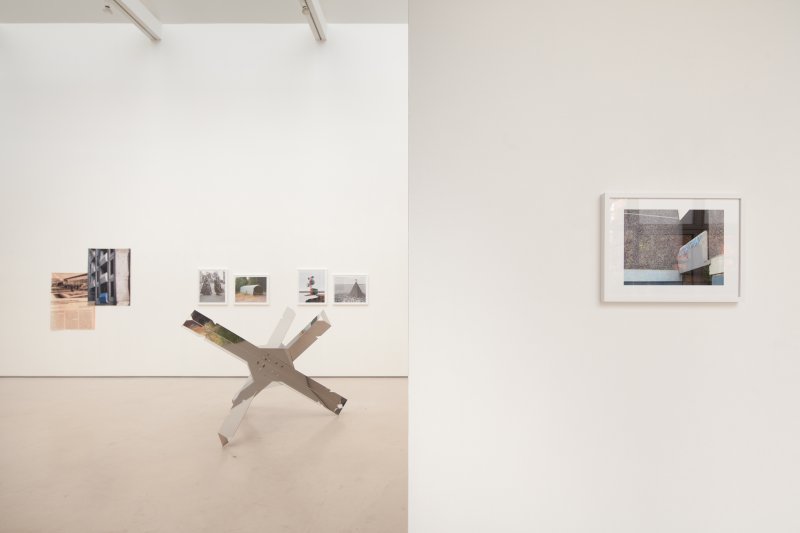 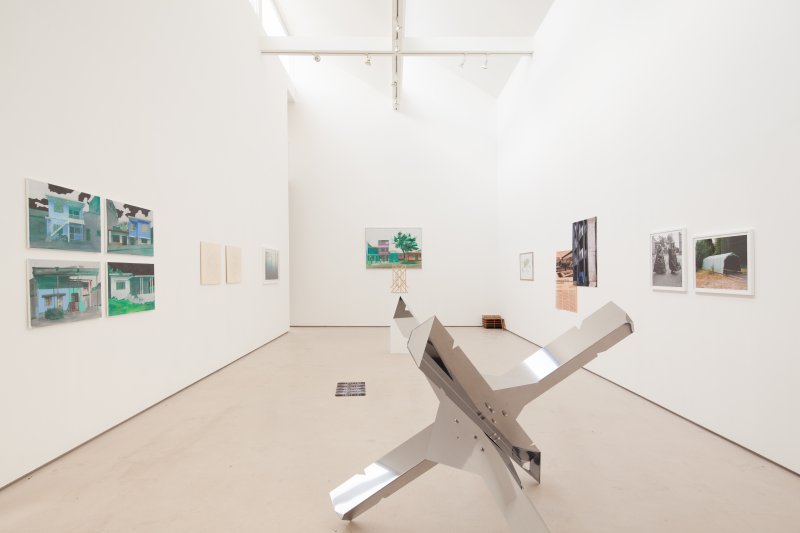 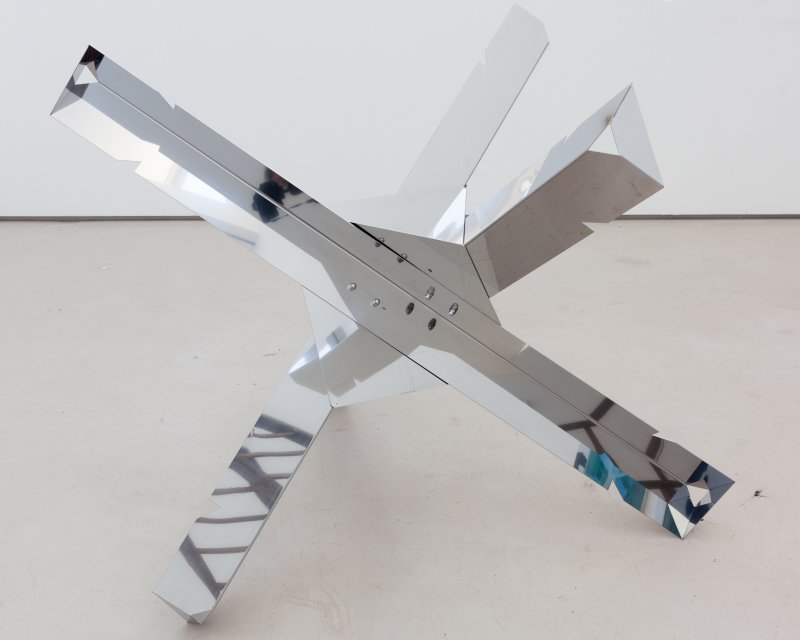 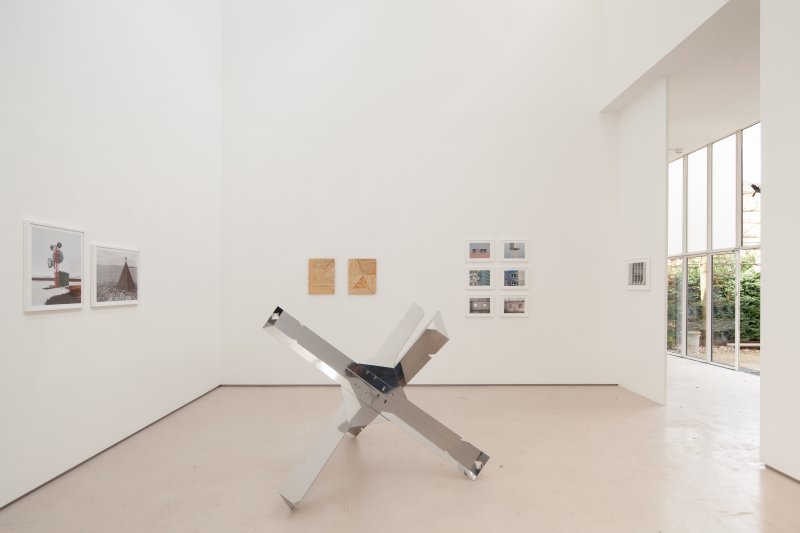 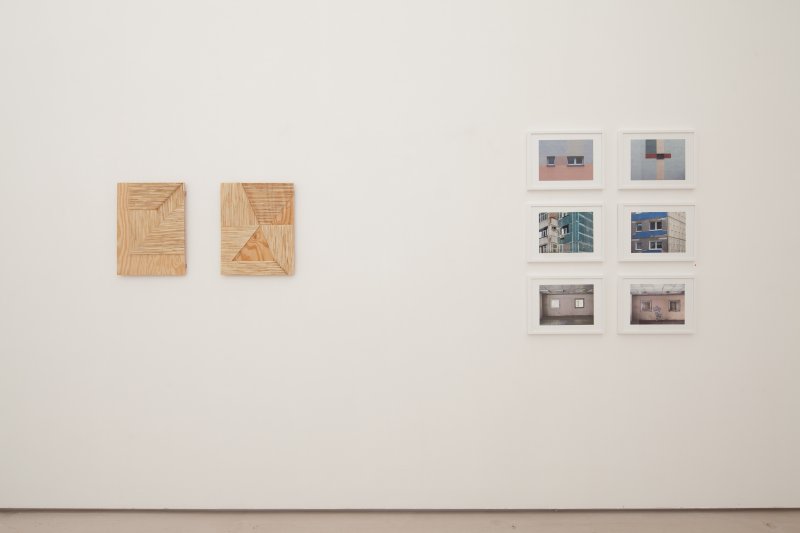 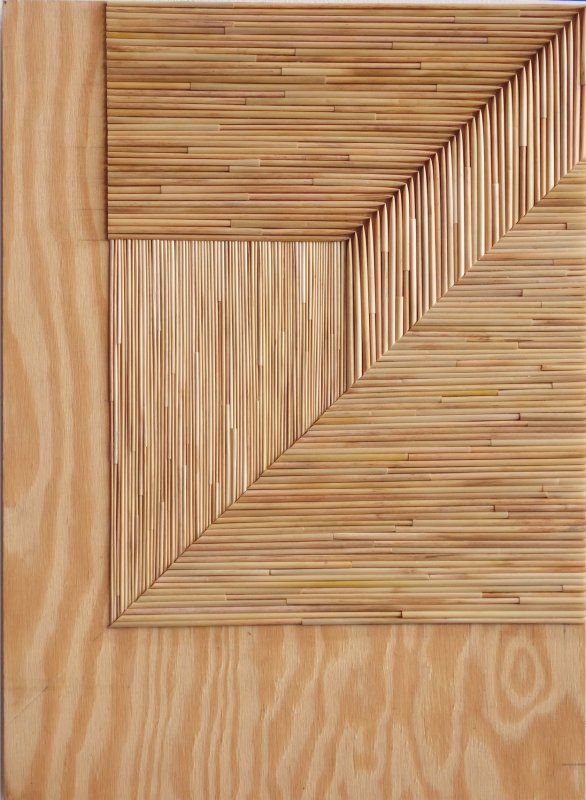 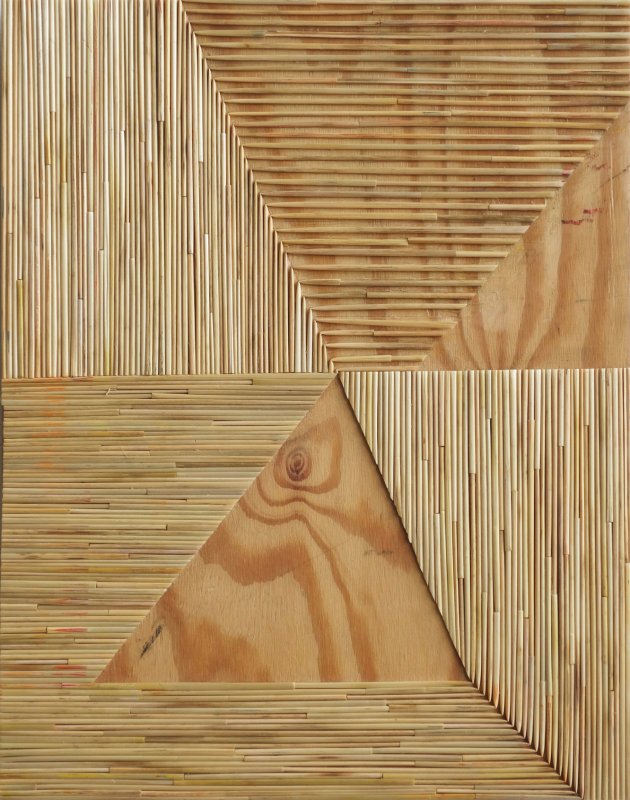 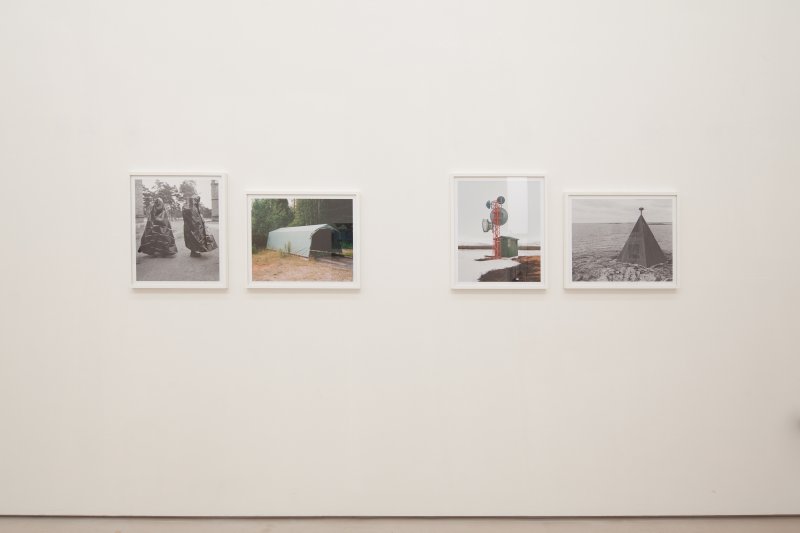 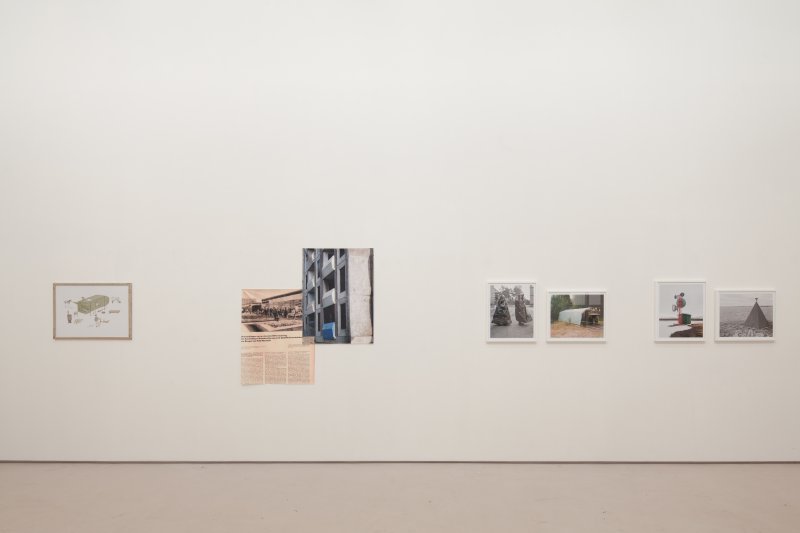 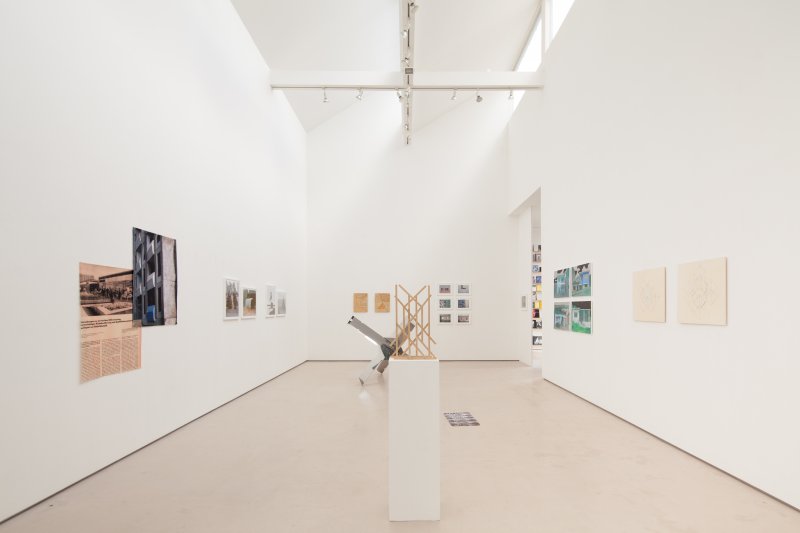 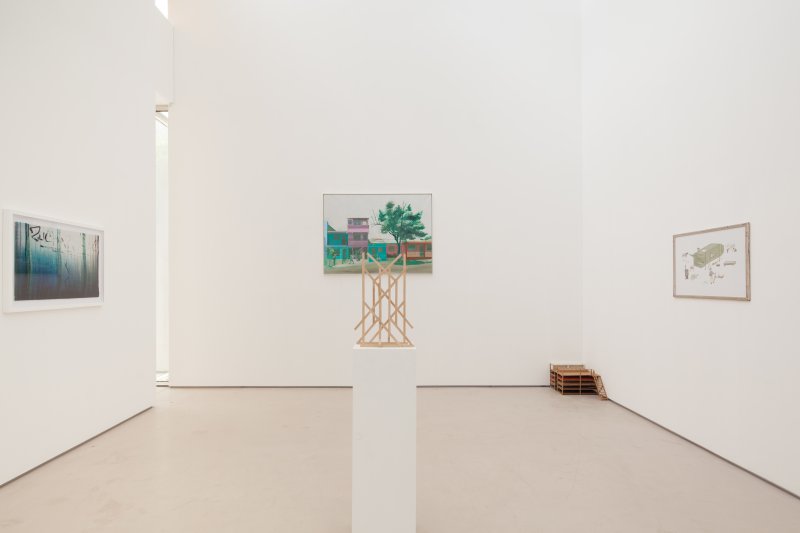 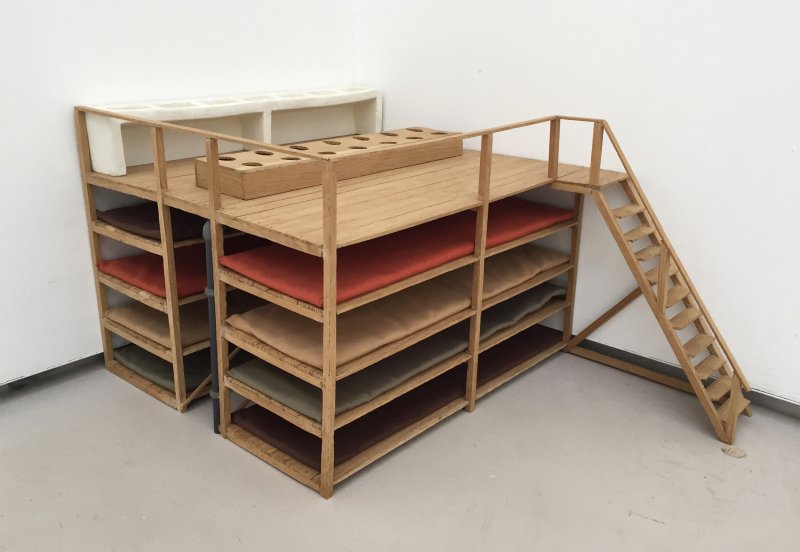 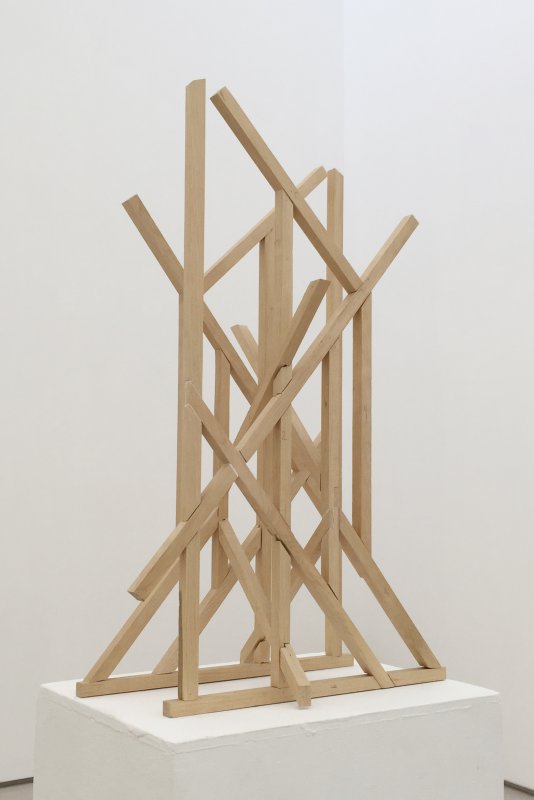 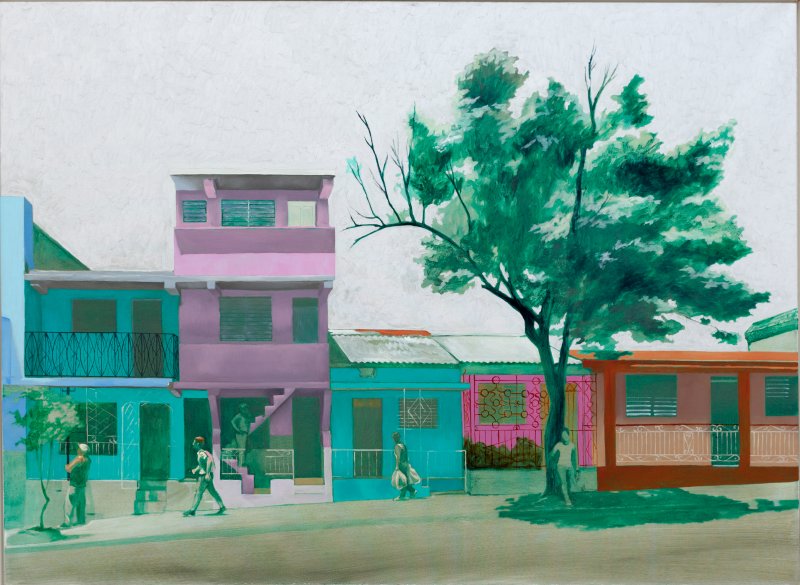 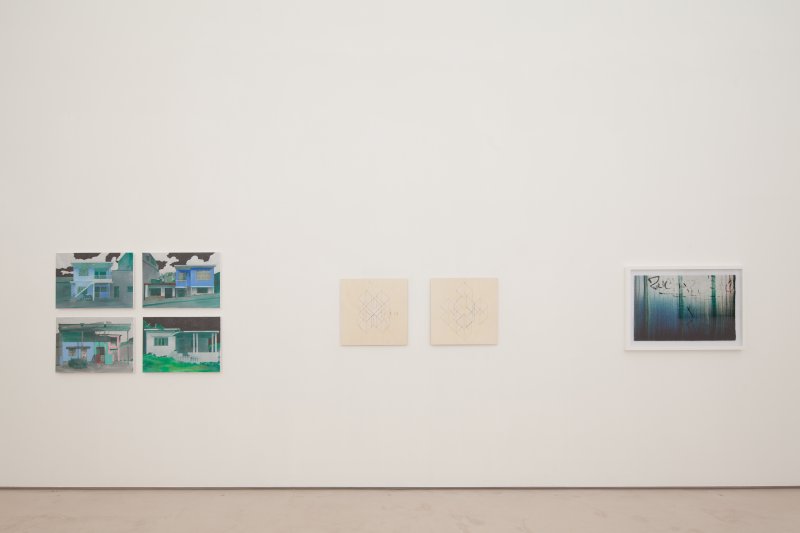 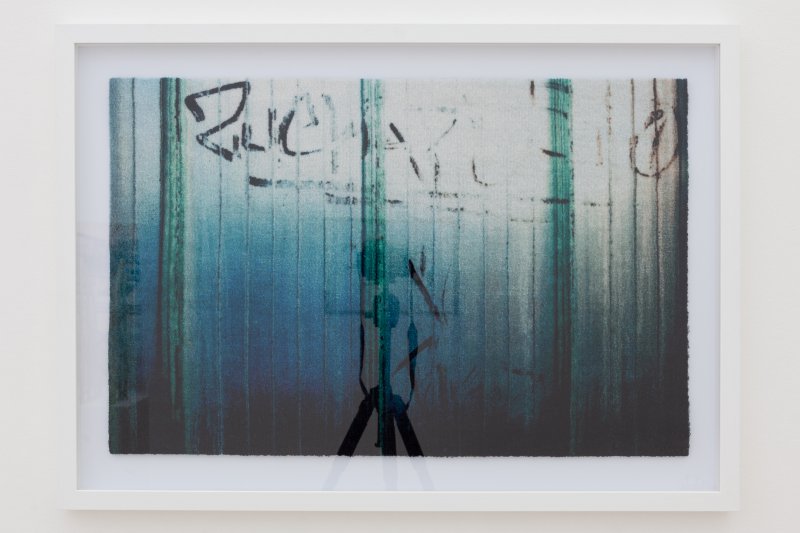 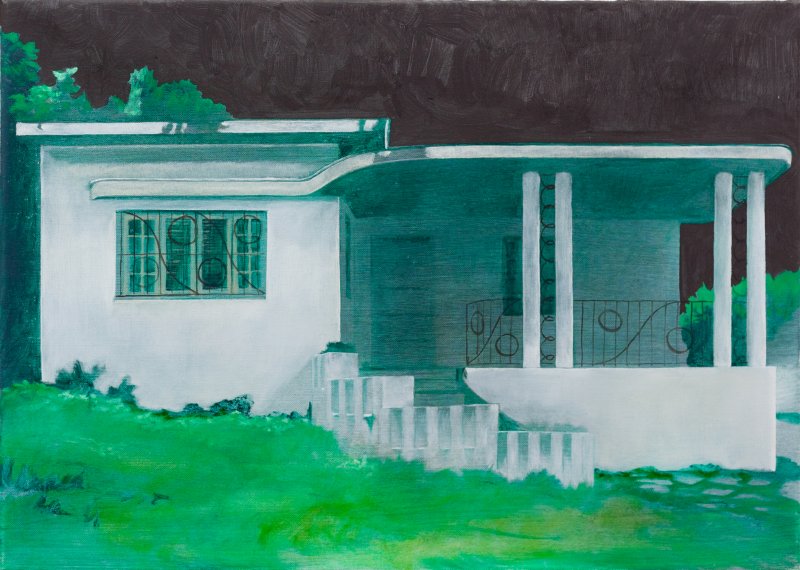 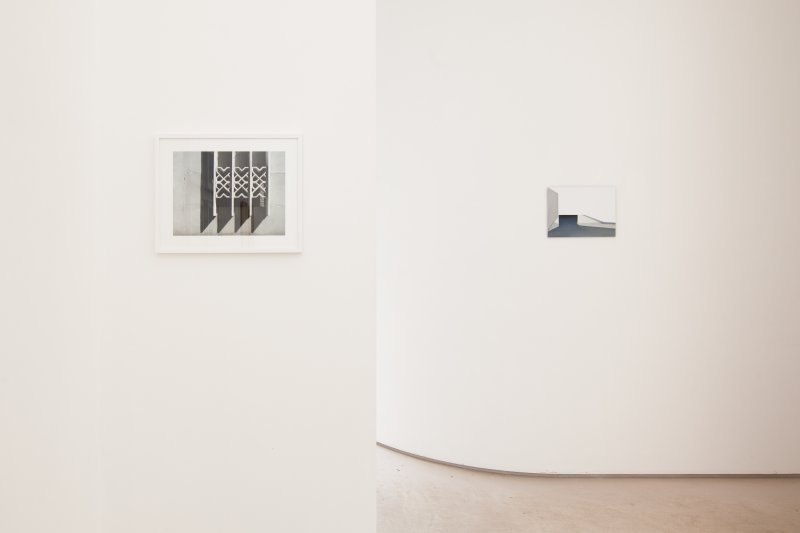 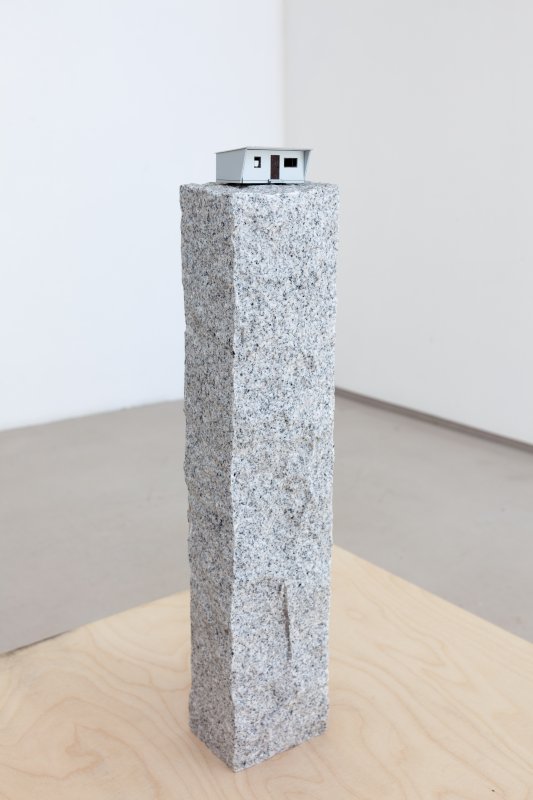 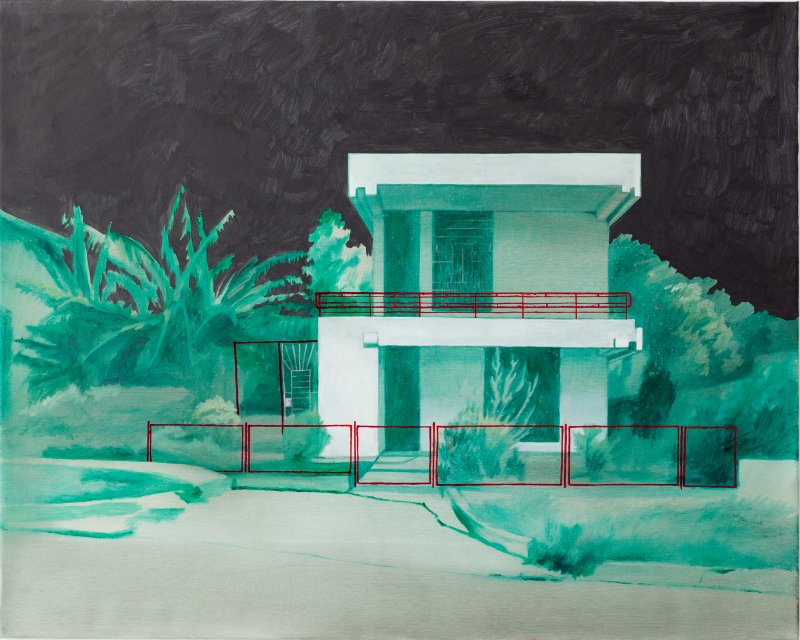 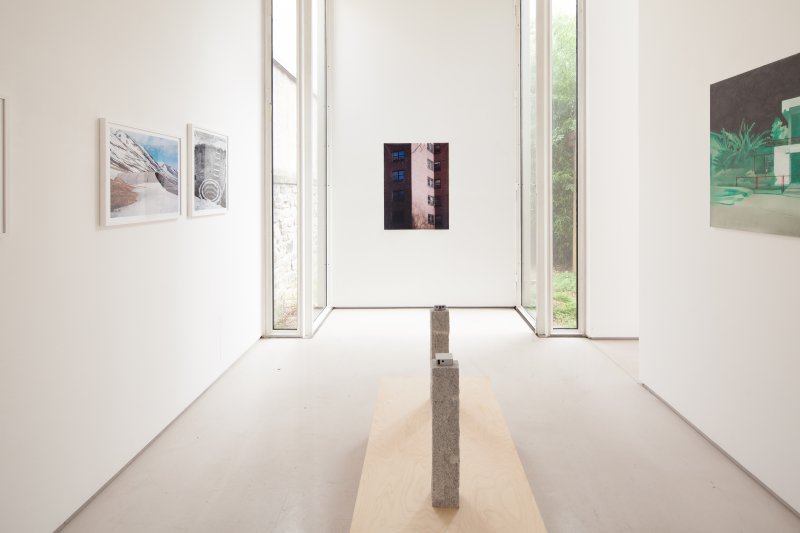 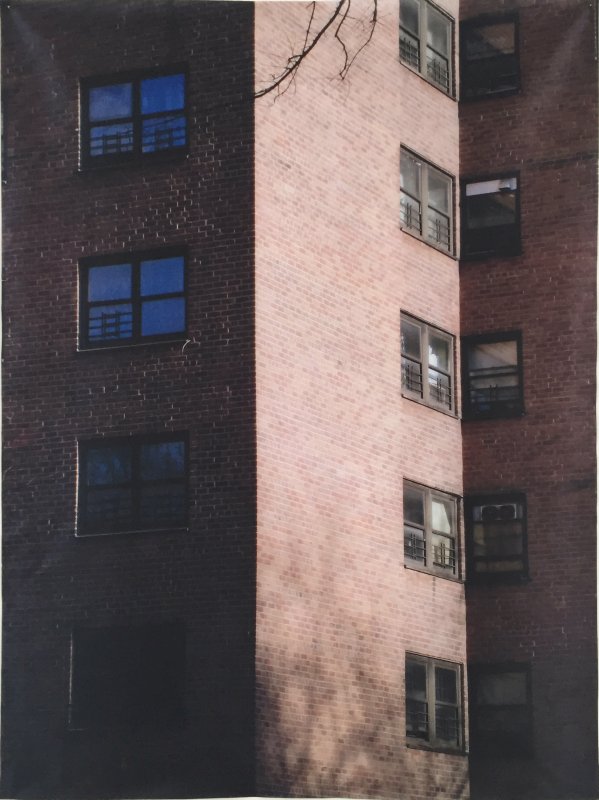 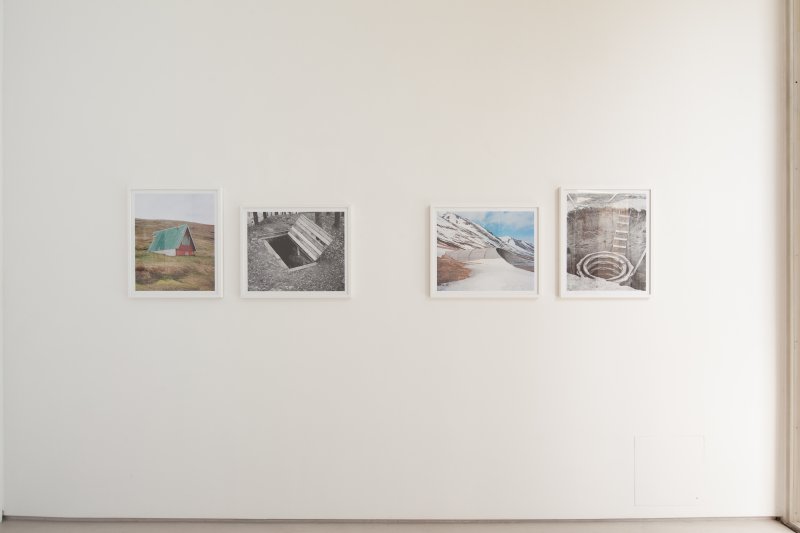 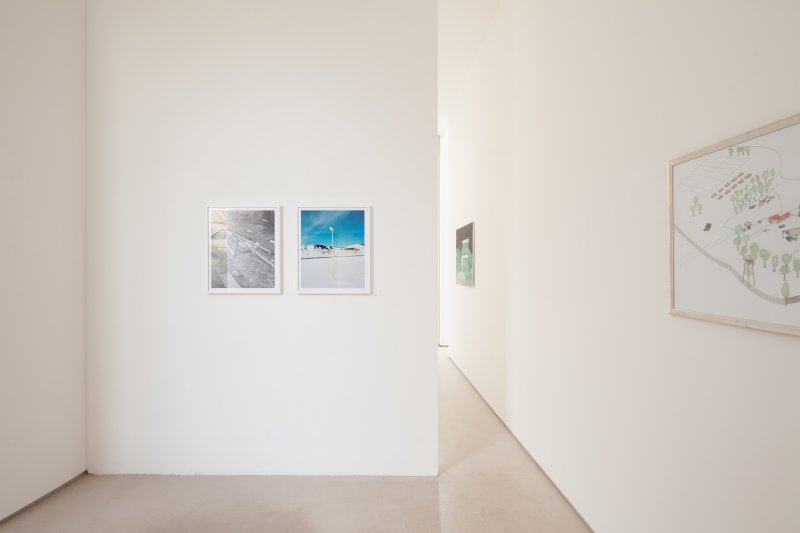 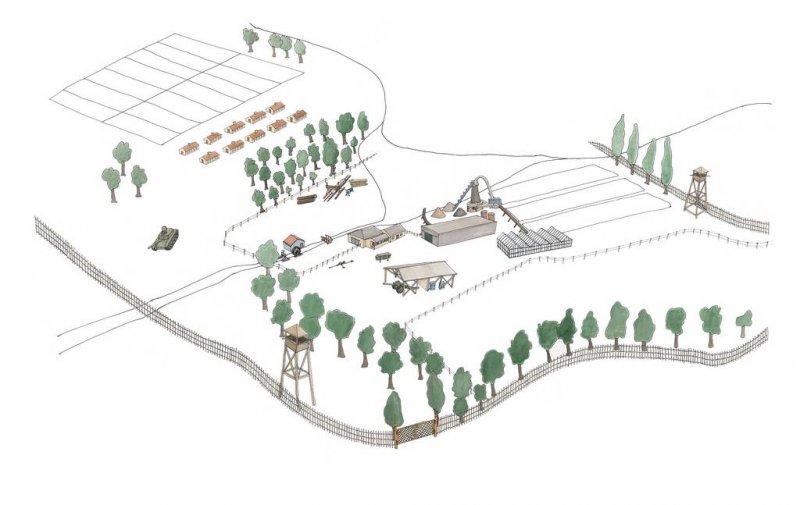 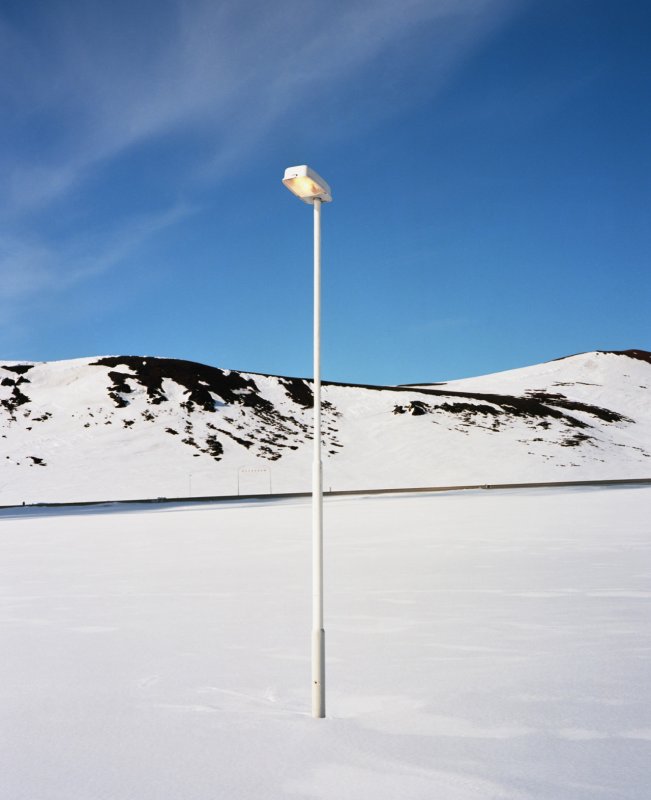 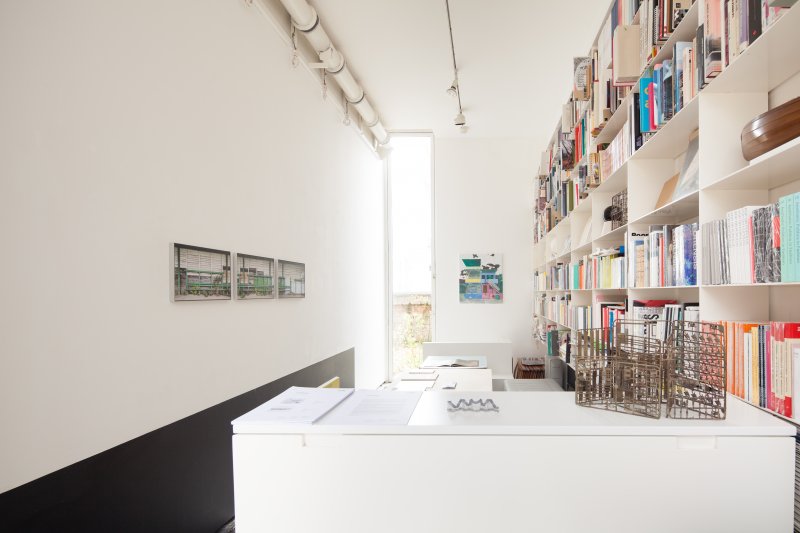 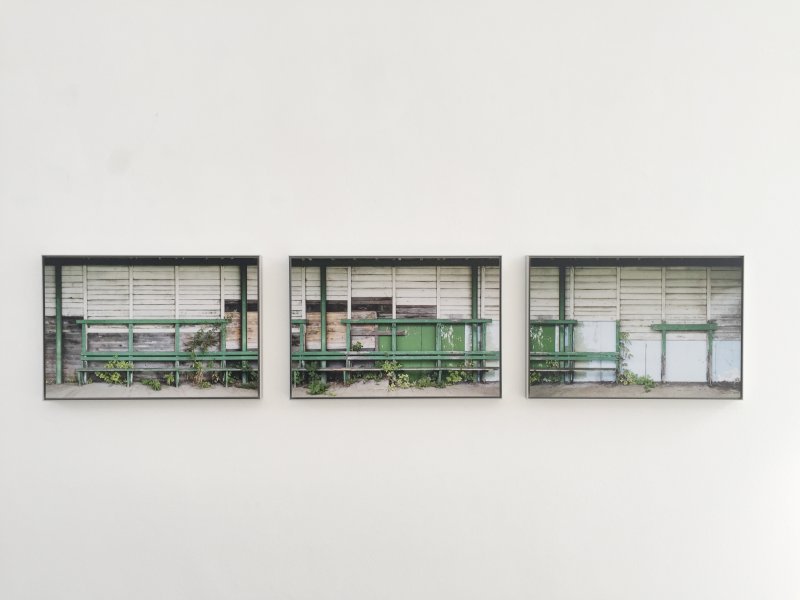