IN POINT OF FACT

This project by Darri Lorenzen included an exhibition, performance and a publication.

Lorenzen treats the exhibition space as a real and at the same time virtual protagonist by means of subtle interventions into its architecture.

This installation included a three-dimensional simulation of the space offering a transformed view. Placed in the center of the (real) space stood a wooden, antique vitrine sourced from the storage space of the adjacent former Karl-Marx bookstore. It once acted a pedestral for the street's named figure.

In this situation the object of display becomes a projection screen (referring to the absence of a figurehead) and in the computer simulation an animated character.

Between these spaces, the viewer becomes part of an interplay of shifting and overlapping perceptions of space, time, and notions of the public body.

The accompanying book was produced in collaboration with curator and writer Kathrin Meyer (THE OFFICE Berlin, Kestnergesellschaft Hannover) and graphic designer John McCusker (Vaguely Contemporary, Berlin). Both its texts and visual design reflect Lorenzen’s artistic approach and dealings with space.

The performance in turn responded to the book through auditory means. 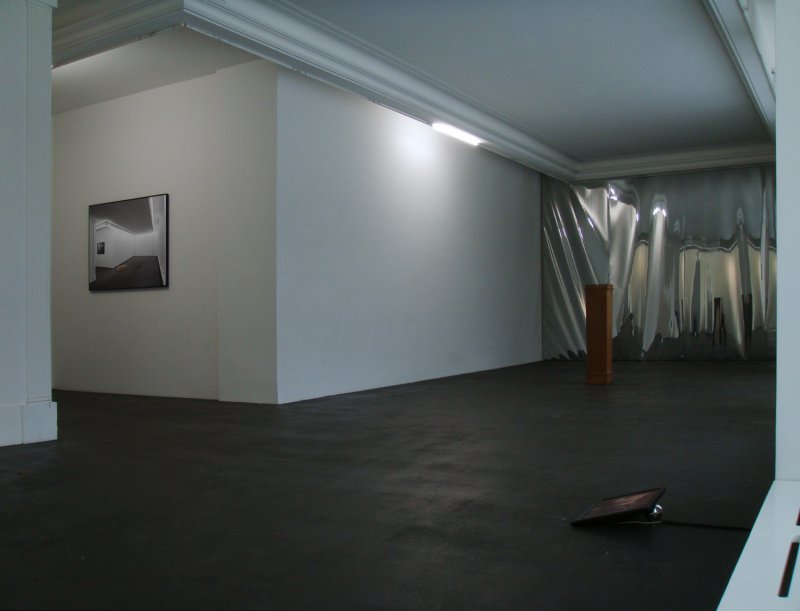 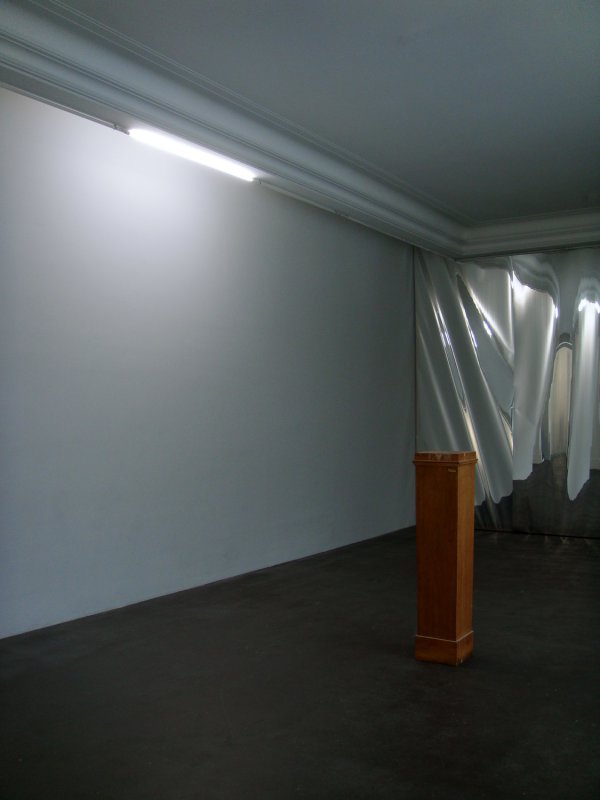 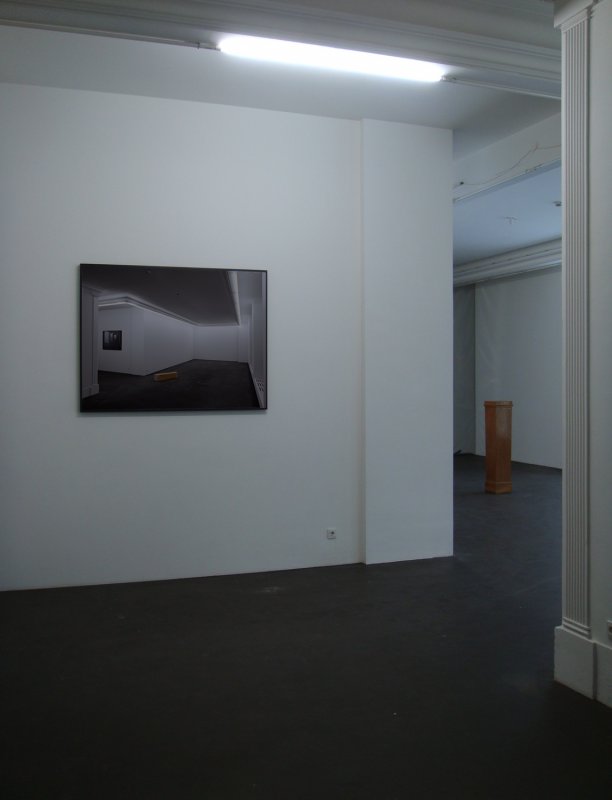 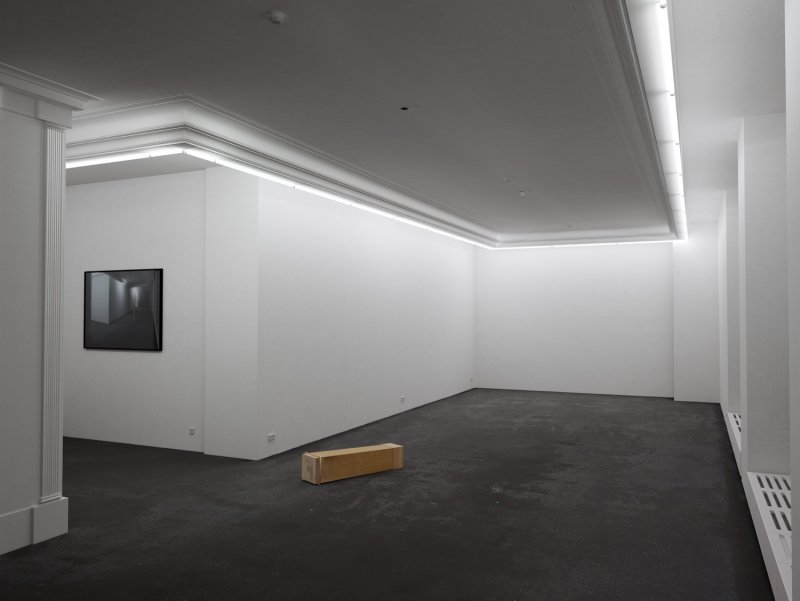 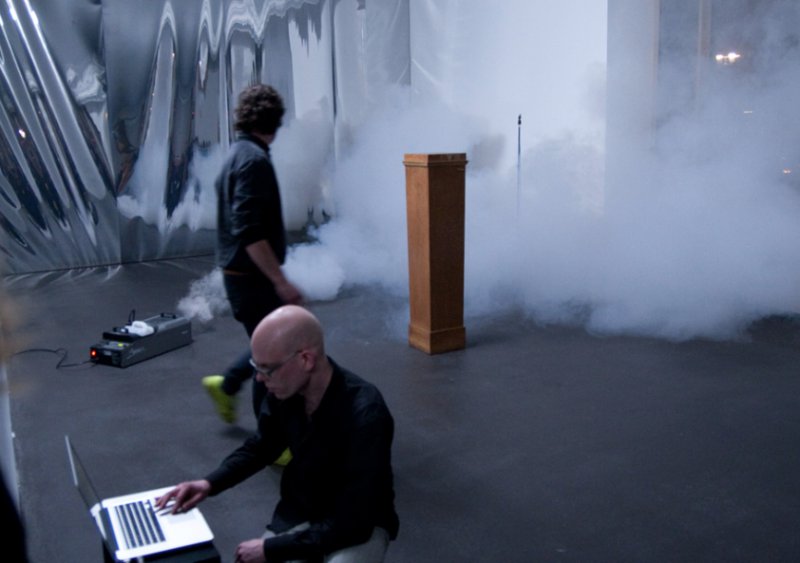 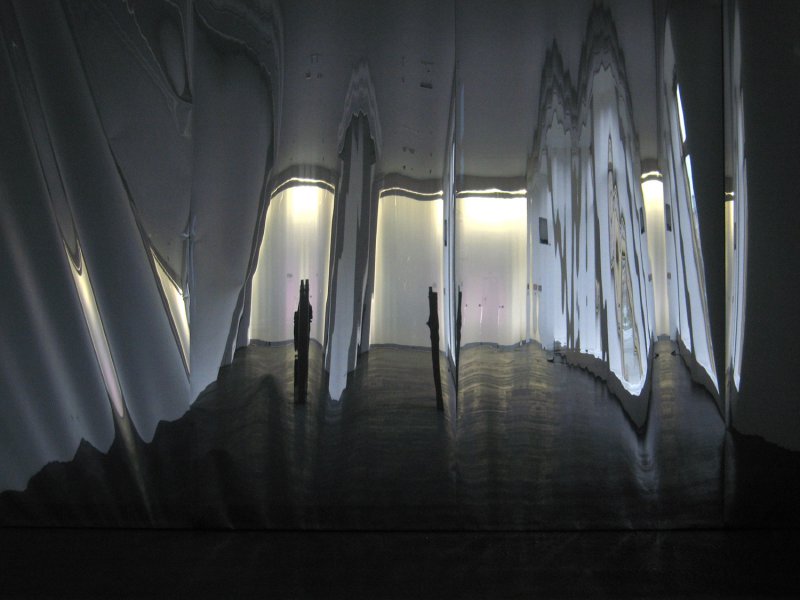