This solo exhibition by Lena Inken Schaefer was informed by a process of diversion and reunification. Its starting point was a banknote from the German period of inflation in 1923. The 50.000 Mark banknote was taken bz Schaefer altered, enlarged, and finally reproduced by the artist to produce a large-scale drawing that transversed the two chambers of the gallery.

The dissection and magnification of the banknote's patterns informed two other works. A video work presented the recording of a mobile made of metal forms based on the banknote's design, slowly rotating as silhouettes. The slowly revolving movements of the elements recalled the inital context for the image, conflating the period of inflation with that of the technological developments to rapid printing machines. Alongside, a slide projection showed a series of sixty-six drawings of motifs from nature historically used for value exchange.   Together, these forms meditated on the forms and significant patterns of monetry transaction. 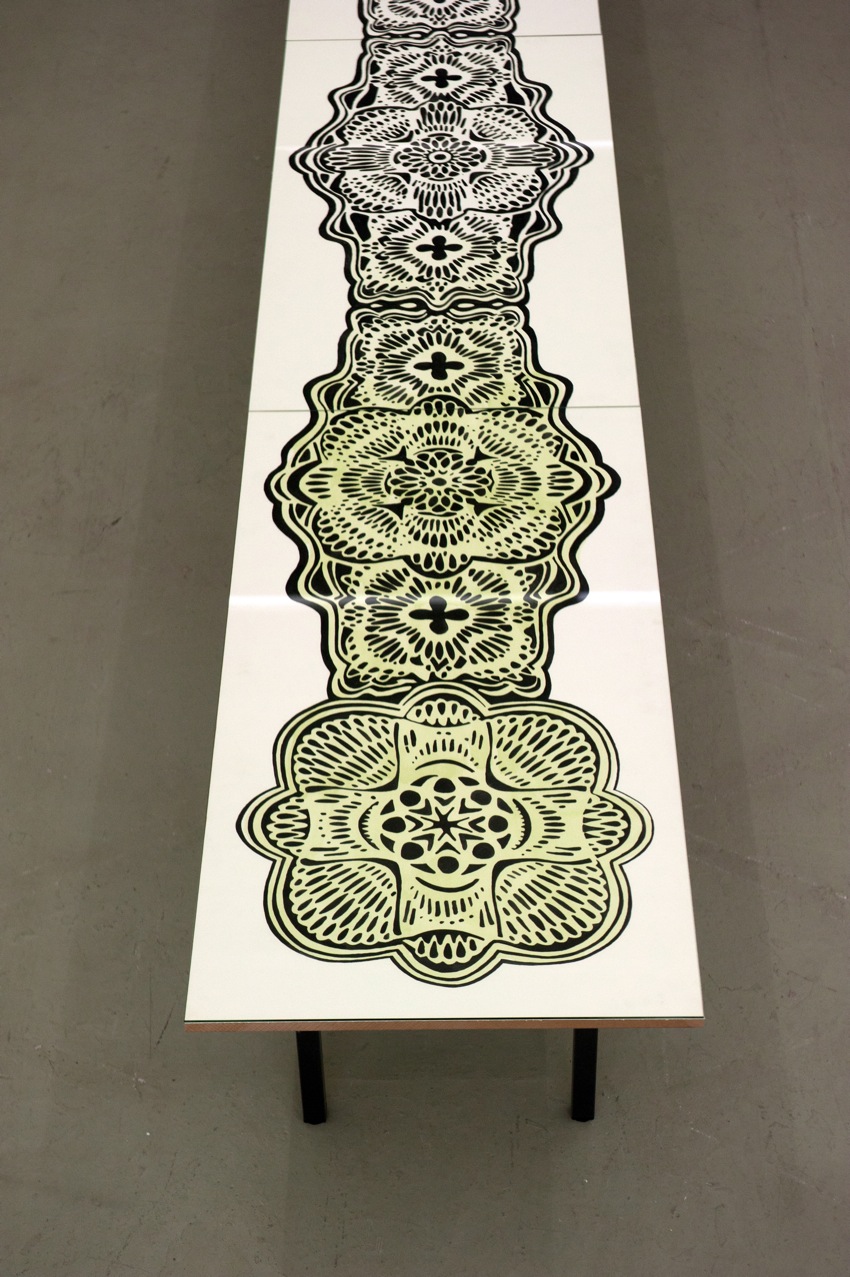