Annika Eriksson's context sensitive work reacted to the gallery's new situation of Potsdamer Straße and changes to its surrounding neighborhood.

Annika Eriksson’s practice is socially-engaged and site-specific, dealing with everyday situations and collective actions. Much of her work, mainly photographs, videos or film installations, concern the urban and public space.

CURATOR KATHARINA KRAWCZYK: In many of your pieces you invite people  from different professions to participate in your work. For "Shop Front Coherence" you invited a professional decorator to make a shop front for an art gallery. What does it mean to you to delegate a part of the work to someone else?

ANNIKA ERIKSSON: It depends on the project. But generally I invite people because I am interested in their knowledge of a certain area. In these works the participants are invited with a suggestion from my side. There is always a strict framework to the projects. These works are not collaborations, they are suggestions, and that distinction  s very important for me. Once the framework is established I don’t interfere with how the participants choose to act or what they create. In this process, it is not possible to make mistakes. There are  sometimes surprises but those are a bonus. So in one way I do control the situation and in another way I do not, I just have to accept the outcome. I like this way of letting go once everything is set. My process is always the same: after I have the concept, I just follow the process that I have started. I like very much the way Sol LeWitt describes the way he works: “The idea becomes the machine that makes the art“.

KK: What does "coherence" in the work's title refer to?

AE: The piece relates to this time of transition that we see very clearly in Berlin, the gentrification process is extremely aggressive. At the moment, the area around Potsdamer Straße is in some kind of "in between situation" where you find a few up market galleries but still they look rather displaced among the shops and "kneipen" that have been there for years. The shop window of the gallery physically reaches out towards the pavement, almost divided from the gallery, in coherence with the street.

KK: What about the aspect of discrepancy in "Shop Front Coherence“?

AE: The pieces that I make regarding expectations often relate to those set within the art world. They are often displacements in various ways because the works are often placed where they don’t belong. They both refer to and change the context in which they are placed. But in this case, it is the gallery that becomes displaced.

The shop front was decorated by Heike Belgert from Art Window. The project was curated by Katharina Krawczyk. Photos: Christian Schwarzenberg. 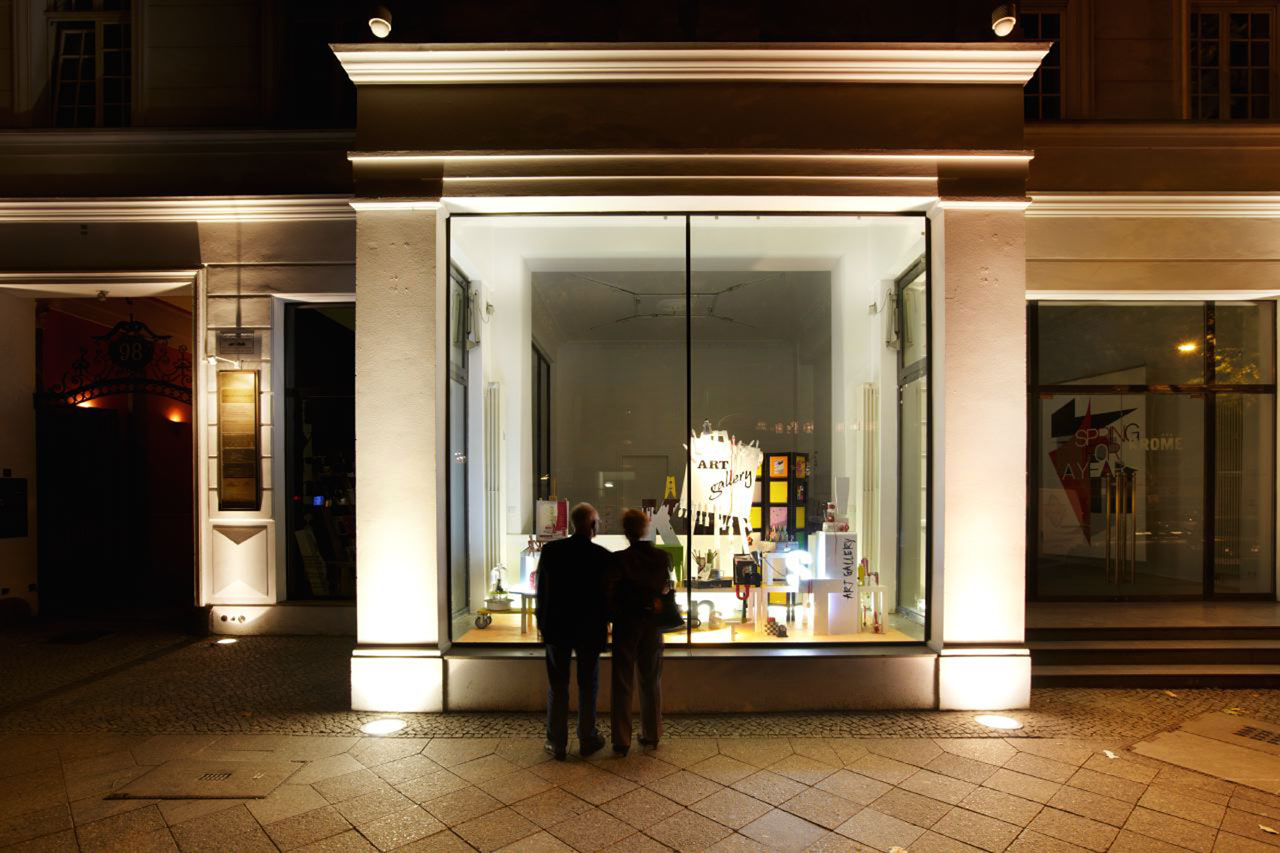