The subtle humor present in the work of Lorenzo Scotto di Luzio has been likened to that of the mime artist whose slapstick actions break through the veneer of the authoritarian. Through sculptural means and acts of re-enactment, he puts language and its power relations into crisis by working with the function of masquerade, confronting the tough topics of social stereotypes and contemporary clichés with irony and sarcasm.
The recurring methodology of di Luzio’s work is the act of simulating representation to a point of hyper-real collapse. Through sculptural forms, videos, paintings and photographs that assemble like a cast in a drama parody, di Luzio conflates popular ideologies with historical references, paradox with kitsch, constructing images with strong metaphorical potency only to dismantle contemporary mythologies especially religious acts. With the tools of the theatrical, he unmasks the moment where images experience their ritualization and offers a reprieve by humoring the feedback loop of communication. 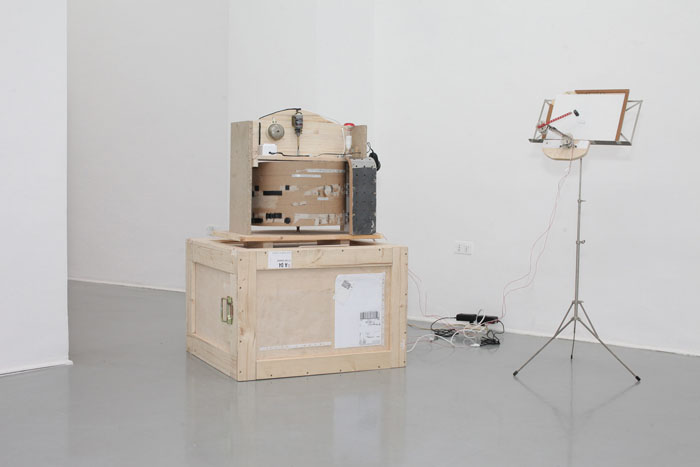