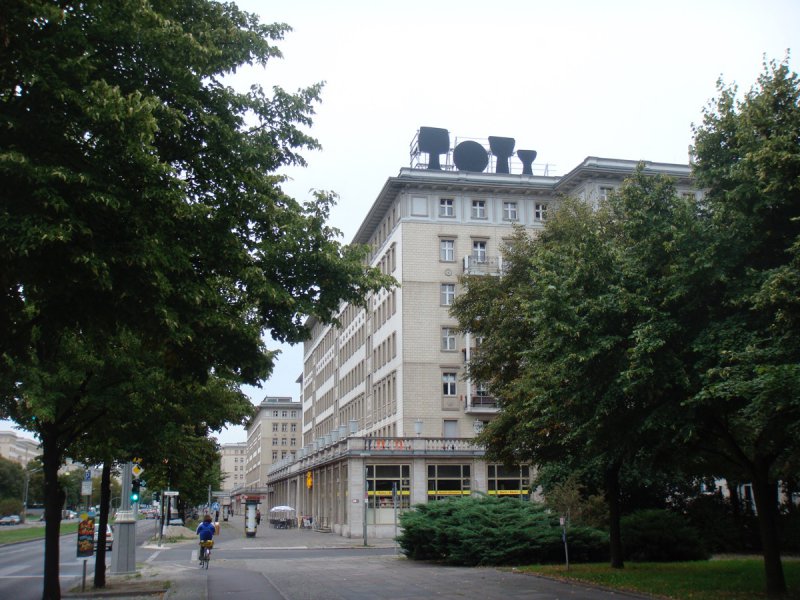 Resonance4 Silhouettes of oriental drums (Tombak, Daf, Djembe, Darbuka ) on the Rooftop of the Gallery building in Karl Marx Allee, the former Stalinallee and parade-boulevard of the GDR Public space Installationa in Collaboration with Krome-Gallery Berlin,  2008